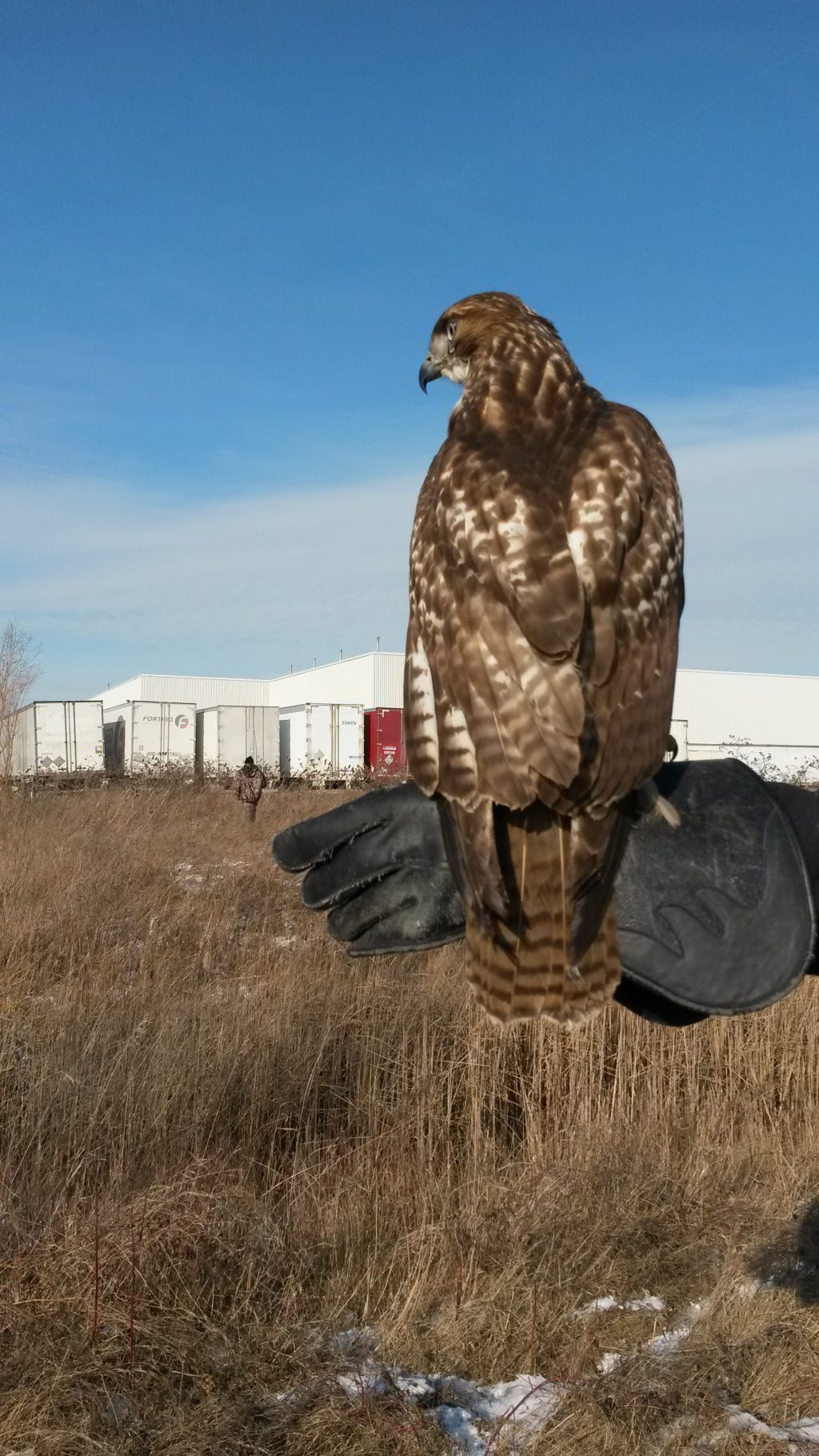 Every spring eager falconers apply to a draw. Somewhere from 50-100 falconers will apply, but only 25 will be the lucky few to receive a permit that authorizes them to take a wild hawk for use in falconry.

Half of those 25 permits will be allotted to apprentice falconers.

Whether the falconer chooses a Cooper's hawk, sharp-shinned, merlin falcon, or the trusty red-tailed hawk- whichever bird will surely benefit from the arrangement.

It is difficult to be wild. The wild is unkind and cruel.
There is certainly an abundance of reasons why becoming a falconers hunting companion is like winning the jackpot for a raptor. Perhaps the most obvious is human intervention with disease or injury. A captive bird is allotted the privilege of veterinary care, whereas in the wild a simple ailment can mean death if left untreated.
For such fierce predators, raptors are so physiologically fragile. Their bodies are an absolute marvel- everything about them is an adaptation for flight.

They are so delicately balanced however, that any illness that renders them unable to hunt, leaves them for dead. If a young bird can make it to fledging and can learn to hunt through the summer months they may think they have it made. However, winters in Ontario can be a harsh wakeup call.

A young bird may have been successful for part of the season while young prey was abundant and stupid. However the game changes and learns to hide and outmanoeuvre their predators.
As the temperatures drop, this is also when wild birds start to face the harsh reality of starvation.
Colder temperatures mean a drastic increase in the caloric requirements needed to keep warm.

In the big picture what this means is come fall and early winter, we see a drastic rate of mortality in first year birds. Somewhere between 70-80% of juvenile birds are estimated to die in their first winter.
Wildlife rehabilitation centers tend to see an increase in birds of prey that are hit by cars this time of year. Young starving raptors will start to scavenge road kill in a state of desperation and will be struck by traffic.

This is also the time of year that is best to begin trapping a wild juvenile bird.
By this time of year the bird has fledged the nest and has started learning to hunt. They have been feeding themselves and catching prey with some level of success, while battling elements, learning how to manoeuvre in wind, how to evade other predators, and most importantly, they have felt the pangs of hunger and know the desperation of starvation.

It is these factors which make the wild captured raptor the ideal falconry partner.
A captive bred bird would need years to gain the same experience that a wild bird gains in a month of its' life. Some lessons are never truly learned by captive birds, such as self preservation skills like evading predators. This can sometimes even lead to their demise. A young bird knowing the feeling of hunger also makes for a much more willing participant, as they understand the value of the falconer much quicker.

Interaction with wild raptors is an intrinsic and central part of falconry. A captive bird will never have the mentality of a wild bird. Access to these species that are not easily available through captive breeding is also essential in allowing the falconer a well rounded understanding of raptor species and behaviour.
Wild capture allows a falconer to work with temperaments they would never otherwise experience. The relationship between falconer and raptor is symbiotic- where each benefits from the other's partnership.

The raptor is given a free meal ticket, a personal trainer and bodyguard, and the falconer is given a formidable partner to learn from. Some people find the goal and conclusion to be surprising.
Once a falconer has made an honest hunting hawk out of their wild capture, they selflessly release their bird back to the wild. Now coming full circle the bird is a seasoned killer and it can go on to contribute to the population. Although our kneejerk reaction to hearing that falconers take birds from the wild to train for falconry may be to oppose the practice, it doesn't take much to understand the benefits to both parties.

Falconers have a deep love for wild animals and their home. No ethical falconer would ever knowingly do something to compromise a bird of prey for their own benefit.

In fact falconry and the origins of wild capture dating back to medieval history is said to be the origins, or at least very first records of wildlife conservation.
Falconers have always been and always will be fore-runners in conservation.

To find more information you can go to https://ontariohawkingclub.org/wild-raptors/